Getting to Know Animal Control


Below is an interview with Animal Control Officers Patrick Duty and Anita Byrd as they share some of their daily duties  in Blue Springs.  It was originally shared in the The Blue Springs Magazine. 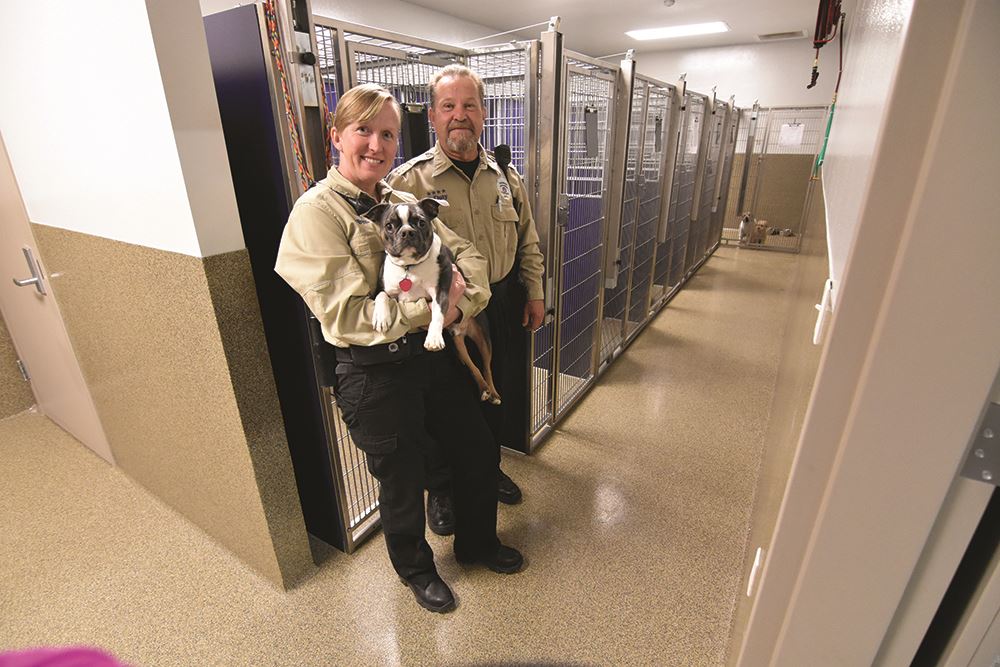 Blue Springs Animal Control Officers (ACOs) work to provide residents with humane options for handling pets who may pose a danger to others or to property. ACOs patrol neighborhoods and respond to calls from
dispatch throughout the day. Though some calls result in officers having to place an animal in a temporary holding facility, this is not usually the case. “Most animals end up going back home pretty quickly if they have any kind of identification,” says Animal Control Officer Anita Byrd.

As the weather warms up, there is an increase in calls received for dogs locked in cars and lost pets. Though there is no ordinance prohibiting dogs being in a car, there are safety risks if precautions aren't taken. "Once a vehicle reaches a certain temperature, heatstroke is a concern," says Anita. "It can happen in minutes."
Lost pets are checked for microchips or other identifying tags before being placed in the holding facility. If the microchip is registered, officers can contact owners quickly and return the pet. “We do really try to get these animals back home,” says Animal Control Officer Patrick Duty. “That’s why it’s important for owners to update their information regularly.” If the owner can’t be located, the animals are temporarily housed for three days before being sent to a long-term animal shelter as a last resort. “We do this job because we love animals,” said Anita. “What we want more than anything is to reunite pets with their owners.”
Agenda
Center
Jobs
Pay
Bill or Ticket
Notify Me
Report a
Concern
Government Websites by CivicPlus®
[]