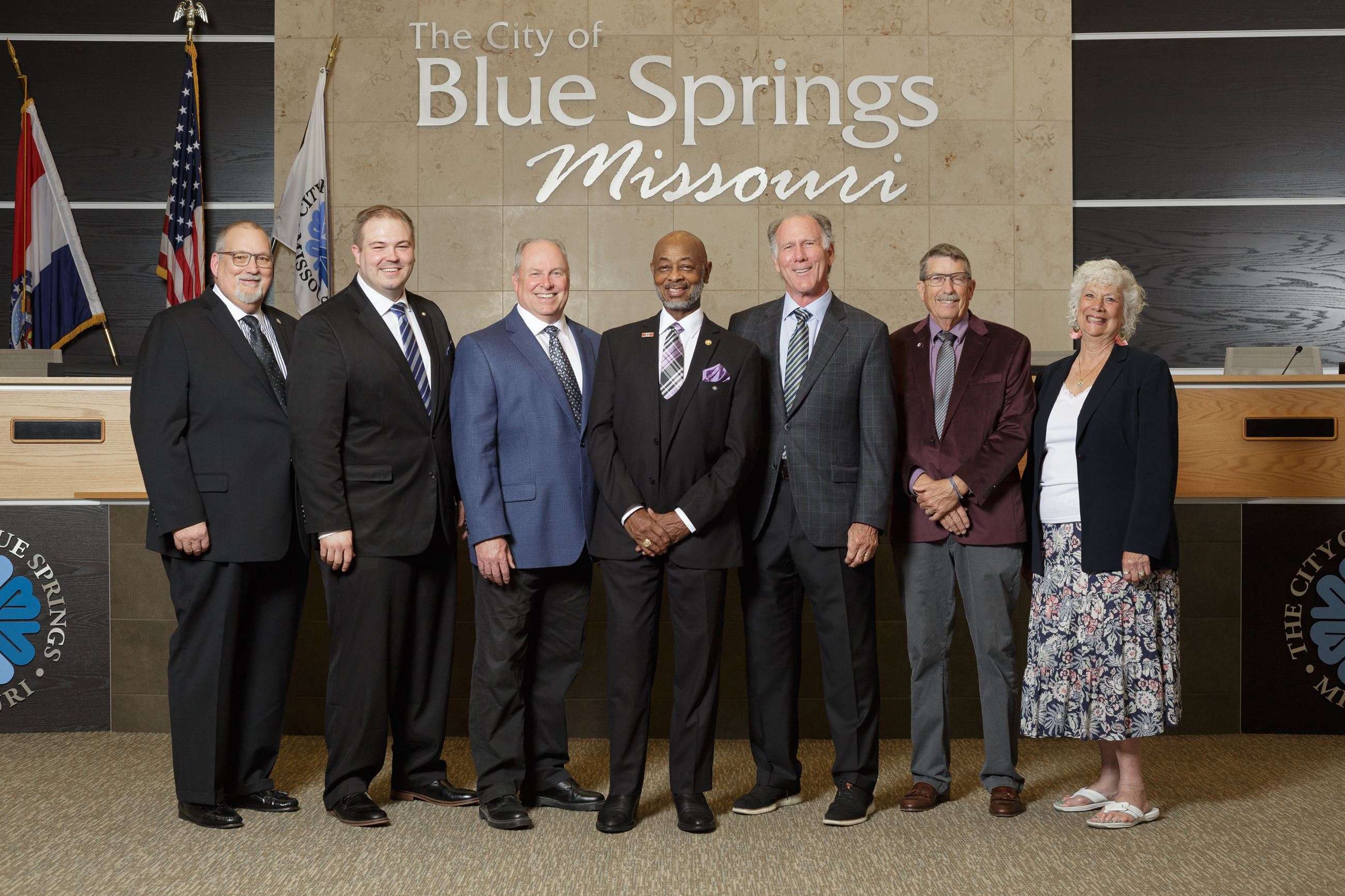 The city of Blue Springs has a Mayor-Council-Administrator form of government as set forth in the Home Rule City Charter.

The City Council it comprised of 6 members, 2 from each of the 3 districts. Council members serve staggered 3-year terms and are responsible for determining policy, enacting ordinances, and authorizing expenditures.

Other responsibilities of the mayor include:

City Council Minutes, Resolutions, and Ordinances are accessible online. City Council records prior to 2015 are retained in the City Clerk’s office, please submit a Public Records Request to obtain these records.