welcome to the pickleball page

As a way to provide a fair and welcoming atmosphere at the Blue Springs Fieldhouse, we have created some rules and etiquette so everyone can have an opportunity to play one of the fastest growing and most exciting sports in the country. Please take a moment to read the information below to help make the Fieldhouse one of the best pickleball venues in the area. 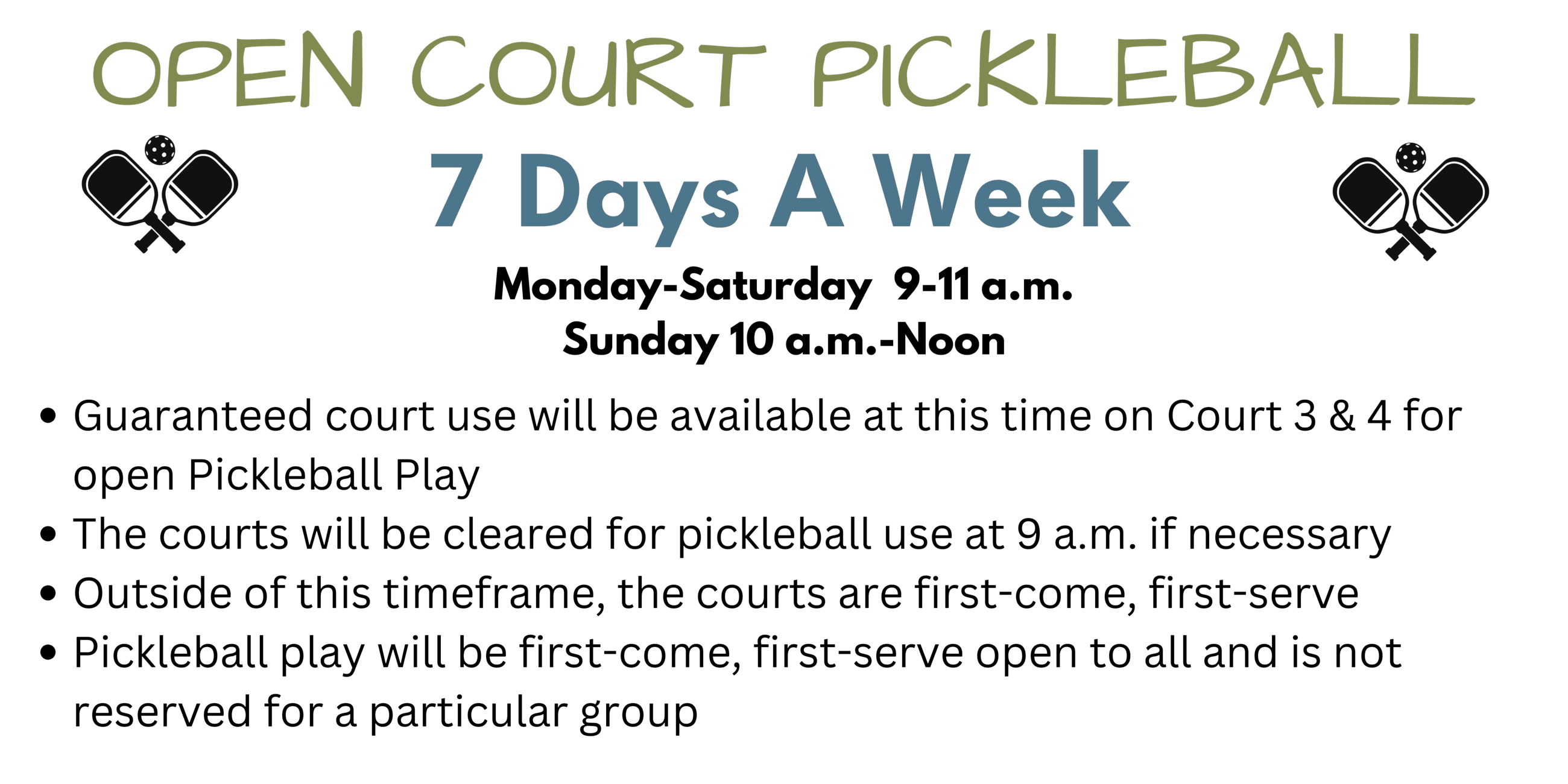 All courts are open play.
No reservations or exclusive use allowed during open play hours.

If players are waiting for a court...